Current processes of migration to Germany and the large-scale integration of refugees call for a timely documentation and analysis. For this reason, the Institute for the German Language (IDS) launched the project "German at Work: the Linguistic and Communicative Integration of Refugees” in early 2016. The project focusses on the two most important linguistic and professional stepping stones of integration for refugees in Germany.

Together with the Goethe-Institute Mannheim we conducted a language survey in so-called integration courses across Germany, collecting language biografies, sociodemografic data and the language learning progress of refugees and other course participants.

On the other hand, we are conducting several ethnographic field studies in order to analyse the process of professional integration of refugees - in particular, with regard to linguistic and communicative practices that facilitate or obstruct the interpersonal integration into work teams.

The following map combines impressions from the two project areas. It highlights important countries of origin and transit regions we encountered during ethnographic interviews and the survey in the integration courses. The embedded audio snippets come from numerous biographical interviews that were conducted during the project. 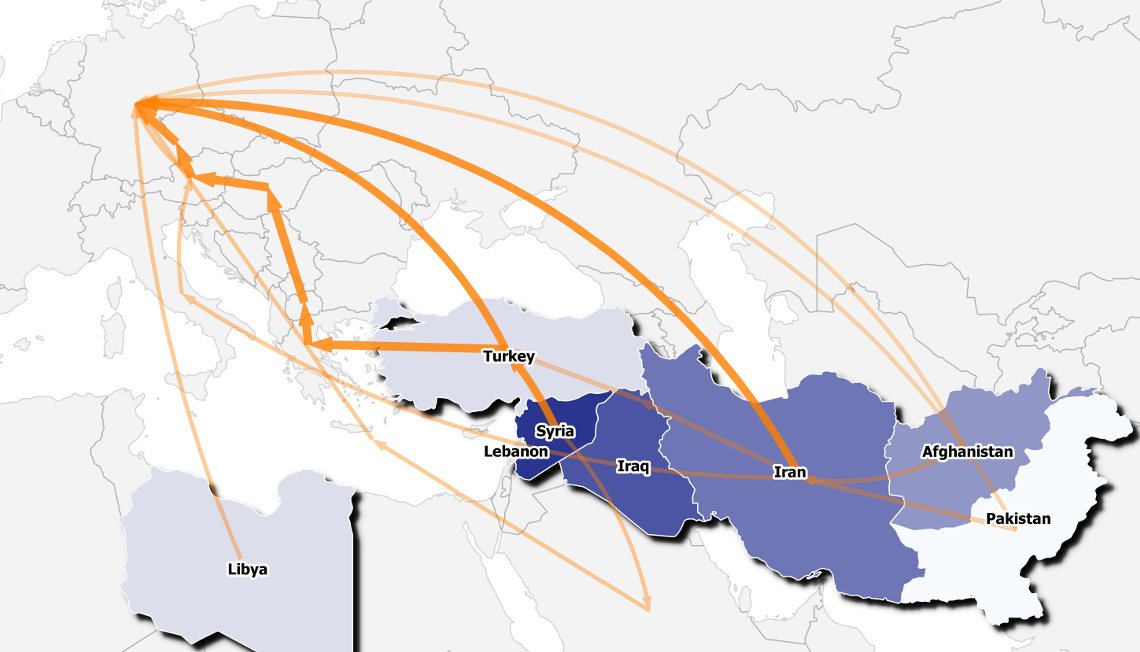 Our project collaborates with a diversity of stake holders in the area of integration as well as with private providers of measures of professional support for refugees. As part of the project, the IDS also supports the training of refugees with German lessons and administrative assistance. Refugees also joined our project as team members, consultants and contract workers, thus contributing to its success.

Here you can download a poster presentation (May 2017) in German which provides an overview of the project.